French psychiatry in West Africa saw Black bodies as “alien” to white ones. It hasn't changed much.

Between 1897 and 1914, the French colonial government transferred more than 140 West African mental patients from Senegal to Marseille, where they were institutionalized within a large public asylum called l’Asile de St-Pierre. Though justified in humanitarian terms, this colonial experiment was an abysmal failure on all counts—an act of colonial violence framed as care, and staged within the Metropole itself. Few West African patients sent to Marseille were ever repatriated, and most died within two years of their arrival within the asylum.

Colonial psychiatry in West Africa had emerged first and foremost from an imperative to maintain colonial order, joining together medicine, surveillance, and incarceration in powerful and enduring ways. Always central to this project were questions of racial difference and the (im)possibility of assimilation. According to many colonial psychiatrists of the day, madness in Africa had been rare in precolonial times, but was growing more common precisely because of the inability of Africans to adapt to the conditions of colonial modernity. The possibility that colonial oppression and dispossession might itself be the root cause of mental distress was not given serious consideration until much later. Instead, the onus was placed wholly upon those who could not (or would not) assimilate.

With the transfer of West African mental patients to the Marseille asylum, colonial psychiatry was brought home, so to speak, producing a particular kind of encounter in which African bodies—and African madness specifically—became an object of medico-scientific scrutiny and careful observation at close quarters, within the Metropole itself. West African patients confined at St-Pierre were scrutinized for signs of assimilability and described in terms of their alterity. The patients, or les aliénés as they were called at the time, were imagined “alien” in the double sense of the French word later remarked upon by Frantz Fanon: both as estranged from themselves in their madness, and as distinctly foreign others. In a 1908 medical thesis written by a doctor named Paul Borreil that drew on his two years’ work as an intern in the Marseille asylum, for example, West African patients at St-Pierre are described as pitiable, but also indecipherable, unassimilable, and dangerous: these patients, Borreil writes, cannot be allowed to participate in events organized for patients because of their “disorderly behavior, their tendency to run away, their unsociability,” and anyway, they don’t “take pleasure in that which entertains the other patients.” They required constant surveillance and extra guards, and their unpredictable (sometimes violent) behavior means that they often need to be separated from the white patients and from each other. What is more, Borreil notes, the high number of tuberculosis-related deaths within the asylum is directly related to the presence of these patients, who are a “source of infection” and contaminate the other (read: white) patients. “[T]hey spread their sputum (spittle) everywhere, and when it dries it mixes with the dust,” Borreil writes. What is more, he stresses, West African patients refuse to sleep in beds, and instead “wrap themselves in a blanket and sleep on the floor, where certain and inevitable infection” awaits them. Borreil’s message is clear: the failure or inability of West African patients to comply with doctors’ demands and integrate themselves into the daily activities of the asylum not only stands as confirmation of their madness, but also reinforces racial difference as radical otherness, posing a threat to the institution itself.

I was in Marseille in spring 2020, doing archival research related to this story and searching for traces of the men and women subjected to this cruel intervention, when COVID-19 took hold. From the very start of the pandemic, I watched as the same gamut of racist tropes that animated the writings of colonial psychiatrists circa 1900—from speculations about Black immunity, to ideas about heightened vulnerability due to comorbidities, lifestyle choices, or a refusal to comply/assimilate, to fears that Black communities might in fact fuel the spread—began circulating in media outlets and online fora in France and beyond. By July, results from an INSEE (l’Institut national de la statistique et des études économiques) study were showing an excess mortality rate of +144% in France for citizens or residents who had been born in sub-Saharan Africa—a markedly higher rate than that of French-born citizens (here and across many epidemiological studies, the French government’s “color-blind” approach to public policy and refusal to allow for the collection of data related to race or ethnicity leads researchers to lean on “country of origin” data to do comparable work). While it was by then generally accepted that these higher mortality rates were related to the overrepresentation of persons of African origin among frontline workers, many commentaries still fixated upon behavioral choices and noncompliance as the heart of the problem: “Take a walk … around Château-Rouge and Château d’Eau, near the Gare du Nord and the Gare de l’Est, and you will see the African neighborhoods of Paris: nobody’s wearing a mask and people stand huddled together. That’s the first … risk of contamination.”

I was still in Marseille when, in the wake of the brutal murder of George Floyd in Minneapolis in the US, thousands of people took to the streets in cities all over France in a show of solidarity for Black Lives Matter and to demand justice for Adama Traoré, a young black man who died in police custody in July 2016, and greater accountability from their own police. Since those protests, it should be noted, quite the opposite has happened: A “global security” bill was fast-tracked through the French National Assembly in November 2020 that aimed to both increase the surveillance capacities of the police and expand police protections. Article 24 of the contentious bill imposed a penalty of up to a year in prison and €45,000 for disseminating images of officers or soldiers engaged in police operations, a move that critics fear will allow police to operate with even greater impunity. The bill met with such massive public outrage and large-scale protests, however, that ruling party members of parliament walked it back in early December with the promise that Article 24 would be rewritten.

A brilliant recent AIAC article written by Florian Bobin titled “Law and Disorder” draws a direct connection between forms of surveillance, policing, and incarceration that were established and refined in France’s colonies and the contemporary crisis in policing in France today, where young men perceived to be Black or Arab are 20 times more likely to be stopped for a police identity check than young white men, and where the practice of racial profiling has begotten numerous cases of harassment and police brutality. In a similar vein, colonial medicine and colonial psychiatry laid the foundation for the ways in which “native” minds and racialized bodies—Black bodies in particular—come to be imagined and pathologized in terms of risk and contagion, both within popular media and in the domain of healthcare in France today. Significantly, this alienation has contributed to a slew of negative health outcomes: Among patients of African descent, for example, legitimate health concerns are frequently downplayed, dismissed, or misunderstood in culturalist terms. French citizens/residents with origins in sub-Saharan Africa report high rates of discrimination in health care settings (the highest of these being among Muslim women), which has in turn been linked to patients avoiding or forgoing health care altogether.

My own research likewise underscores the extent to which the (il)logics of race in contemporary France—born and refined in the colonial encounter, perpetuated through its institutions and policies, and played out in myriad forms each day—are both recursive and accumulative. Racial discrimination and inequality pose an ever-present and enduring threat to the health and livelihood of racialized persons in France, even as the social reality of race continues to be denied, and even at a moment when postcolonial scholarship is itself blamed for creating the very problems it seeks to address.

How racialized intellectual outputs placed in just the right circumstances can do the most damage.

French psychiatry in West Africa saw Black bodies as “alien” to white ones. It hasn't changed much. 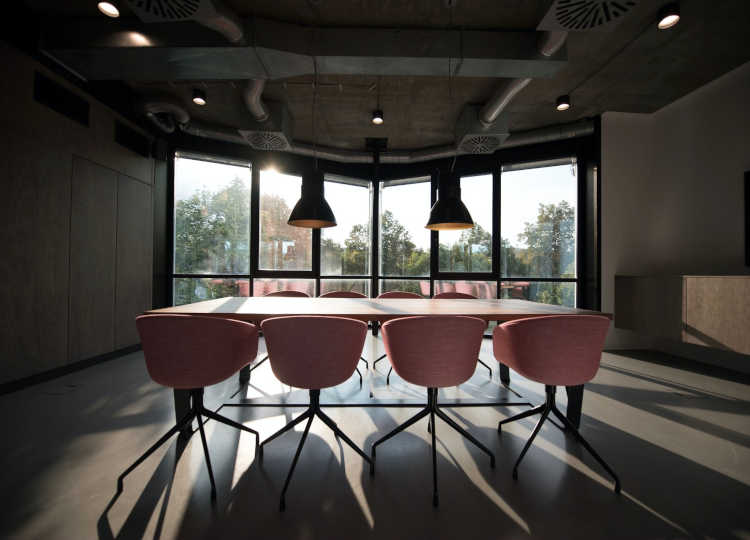 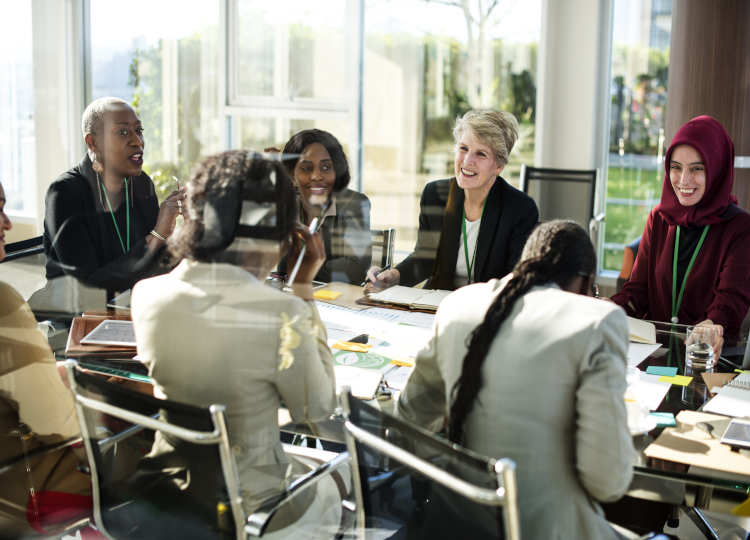 Mental health and employers: refreshing the case for investment

Mental health and employers: refreshing the case for investment

With one in six workers experiencing a mental health problem at any one time, and stress thought to be responsible for almost half of working days lost in Britain due to health issues, the relationsh... 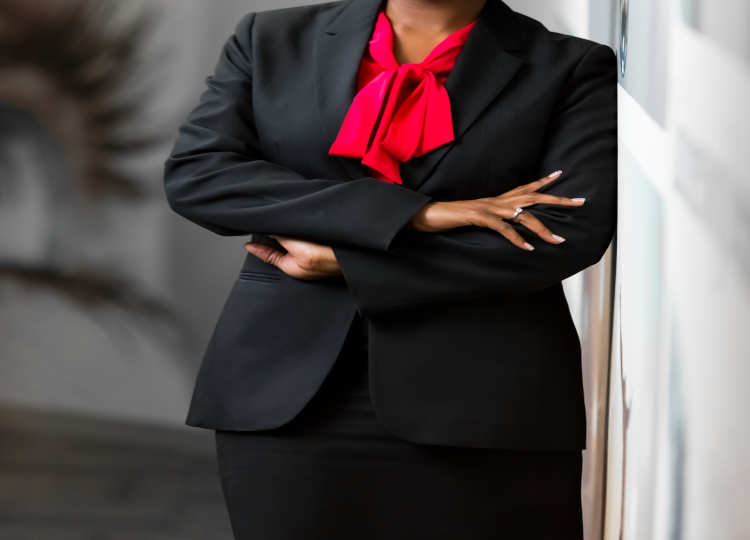 Millennials and Generation Z—making mental health at work a priority

Millennials and Generation Z—making mental health at work a priority

If business leaders want to actively help millennials and Gen Zs to thrive at work, they need to prioritize mental health and embed a workplace culture where stigma does not exist. 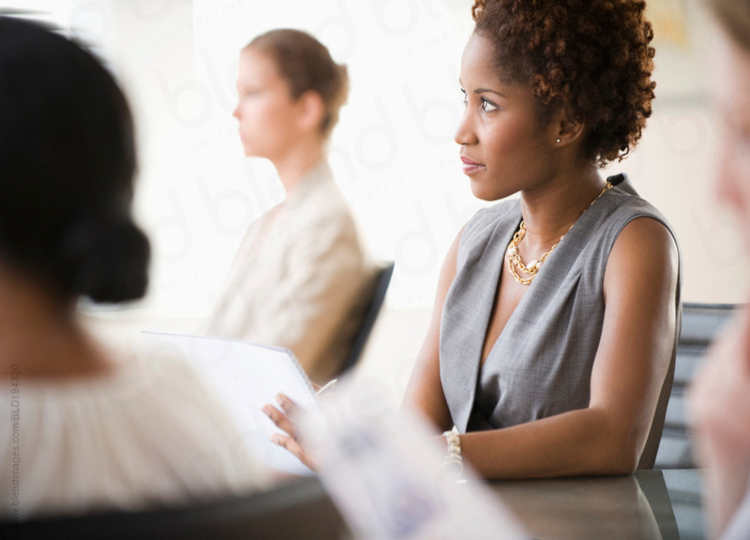 Employees are worried about their mental health as they return to the workplace after the COVID-19 pandemic. Stigma can exacerbate their concerns, but employers can thwart its impact.